Or choose your country

Back to all cases 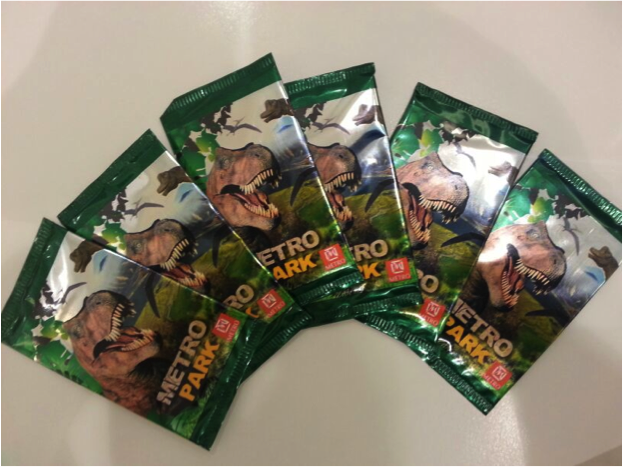 Pretty much every kid in the world goes through a “dinosaur phase,” when he or she eats, sleeps and breathes dinosaurs. Sometimes this happens as young as two or three, when a clever little tot pronounces the word “tyrannosaurus” even before he can wrap his mouth around “please” or “thank you.” Usually it occurs around the age of six or seven, when kids are just starting to come fascinated by scientific concepts and can extrapolate the behavior of dinosaurs from the wildlife they see at the zoo.

There is just something about dinosaurs. They are huge, they make an excellent subject for exciting movies and they are… extinct. They are one extraordinary part of history.

All this is probably why PT Hero Intiputra (our local distributor and agent in Indonesia), asked us to develop a loyalty campaign for Metro, based on those charming, extinct creatures from the past. It was our first campaign for Asia, so we were excited to see what was about to happen.

We know how collecting sets of cool cards can become a passionate hobby for kids out there. Definitely when the theme is right and our designer team does an amazing job, collectable cards can become a work of art. When we saw the final result of ‘Metro Park’ (a beautifully designed album of cards with multiple dinosaur characters), we instantly knew this was going to be another successful campaign. 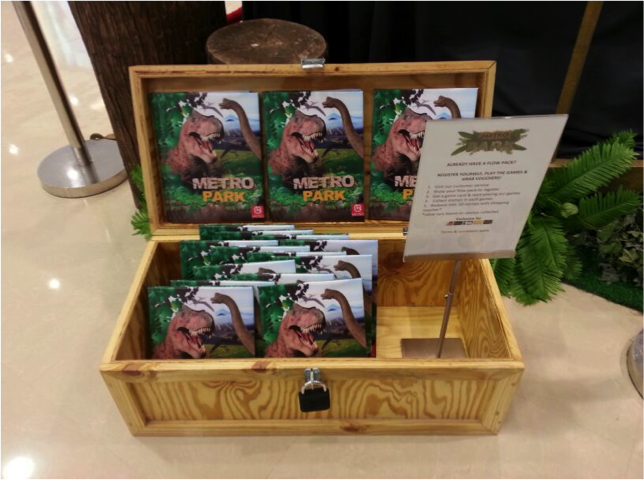 So here’s how it would work in the shops. Metro shoppers would receive a so called ‘flow pack’ with 4 dinosaur cards for every 200,000 IDR spent. The total of 72 cards could be collected in the album. The whole idea was of course to connect with the kids, as they were collecting their favorite cards. ‘Sharing the magic of playing together’ is not just Cartamundi’s purpose, it is just what happens when children all around the world get to collect and play cards.

We knew we had to get this first Asian campaign going with an eye-catching launch. So the campaign kicked off with an excellent in store activity. Throughout the store several games and educational sessions were organized. Kids would learn more about the dinosaurs as their parents would lean over their shoulders. The ultimate ‘cherry on the cake’ was a real size 3D Dinosaur that could move his head while making growling sounds. Not just the children, but also their parents, were really thrilled by this experience. It was the perfect kick off to a very successful campaign.

Back to all cases

Want us to have a look at the cards you’re holding?